The following is a history of our golf course. Unfortunately, the source was missing several words throughout, so there are several places featuring incomplete sentences and names. If you have any more information that we could add, we would love for you to reach out and let us know! Words and phrases in italics are places that were missing words and we tried to fill in.

In 1952, former Mayor Earl Ward secured a lease on approximately 535 acres of Government ____ supervision of the U.S. Army Corps of Engineers. Construction started in 1953 on 9 holes ___. A golfer would use a device to “drag” and smooth out the green before putting. Talk about a slow pace of play! After personal donations and much volunteer help, a concrete block building was ____ Shop and equipment storage. The original building still stands.

The first Golf Tournament in Mayes County was played at the PCGC in 1955. Tony Jack _____ Woodall faced Don Bishop and Elmer Swan in the finals. The team of Bishop and Swan ____. In 1956 and 1957, many people became interested in the course and it came under the _____ Pryor Park Board. J. A. “woody” Woodall became a Board member in 1956 and soon after ___ replacing sand greens with grass was adopted.

In 1958, greens were converted from sand to 328 Bermuda grass greens. Volunteer laborers ___ man teams were assigned to plug the greens. Many of these laborers were volunteers f____ other plants.

About 1960 or 1961, the Bermuda grass froze and work was begun to establish Bentgrass __ original seedig was accomplished with Seaside Bentgrass. The Seaside Bent was later replaced with Penncross Bentgrass. It became obvious that a watering system would be of prime importance ___ were layed to each green and the greens were hand watered at that time. 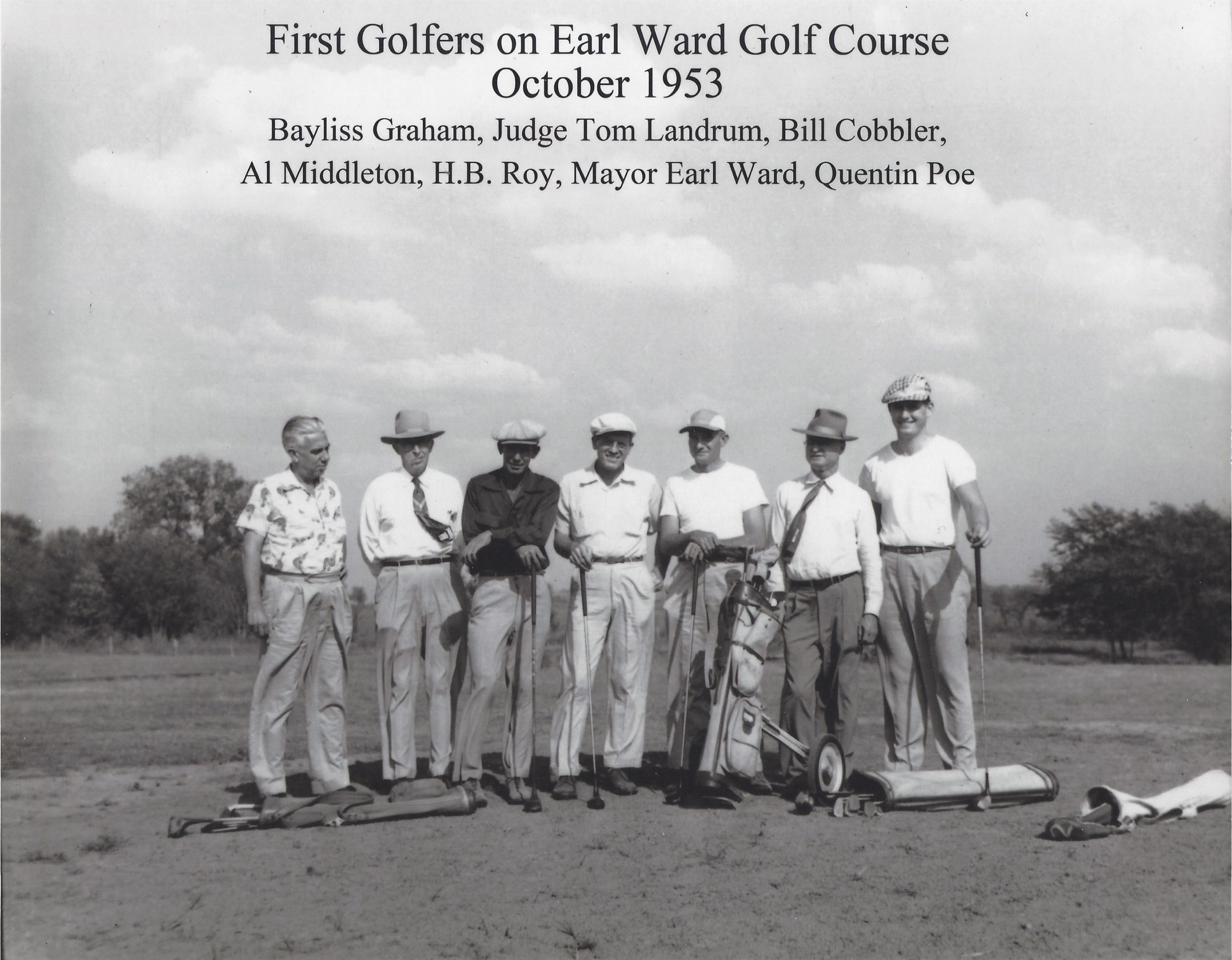